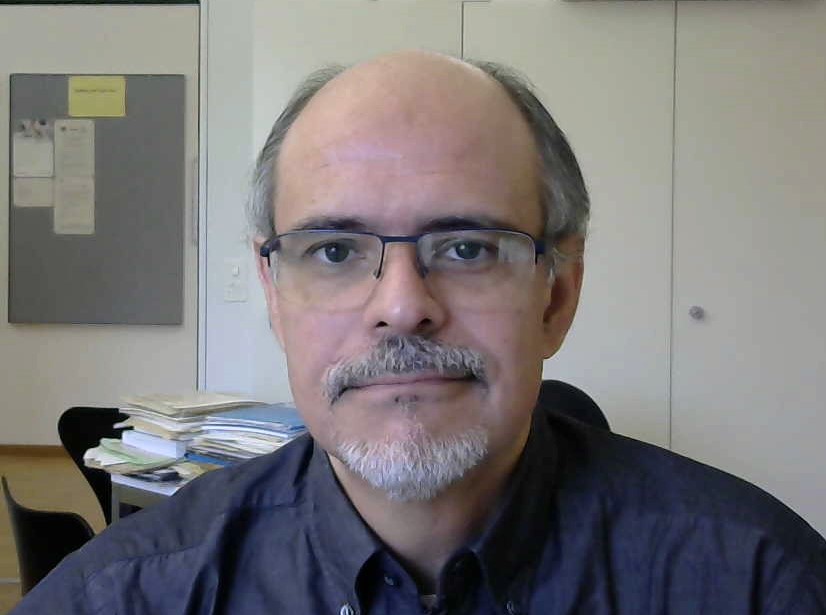 I hold the chair of General Linguistics and am department head in the Institute of Linguistics at the University of Bern. My current work focuses on morphological typology and grammatical voice, and my recent work has centered around morphosyntactic clause alignment, as well as benefaction and malefaction. I have specialized in the indigenous languages of the Americas (especially the Algonquian languages of North America and Mapudungun in the Southern Cone), but I am also very much interested in Basque, Insular Celtic, West Germanic, and Iberian Romance.

I also hold a degree in economics and worked for some years at Swiss Re, the largest Swiss reinsurer. I am very interested in literature — especially highbrow fiction in English and Spanish, well-written speculative fiction in any language, and many things related to 221B Baker Street. Lastly, I was a piano teacher and pianist from the late 1980s until the early 2000s.

Negation in Mapudungun
(Paper for a volume on negation edited by Ljuba Veselinova & Matti Miestamo.)

Applicative Constructions in the World's Languages
(A volume co-edited with Denis Creissels, to be published by De Gruyter in the Comparative Handbooks of Linguistics series)

I am also writing several chapters for the edited volume on applicatives mentioned immediately above, namely (1) an introductory overview, and possibly also a results chapter (co-authored with Denis Creissels), (2) a chapter on applicativizing preverbs in selected European languages (co-authored with Peter Arkadiev and Veronika Hegedűs), and (3) an article on Mapudungun (authored by myself).

Equipollent Evidentiality: A Perspective from the Roof of the World
(A volume co-edited with Benjamin Brosig and Marius Zemp, to be published by Language Science Press in the Research on Comparative Grammar series)

I am also writing a chapter on equipollent evidential contrasts in Amazonian languages for this edited volume on evidentiality (co-authored with Marius Zemp).

Prototypes and Parts-of-Speech (ProPoS): A cross-linguistic, multi-methods approach to categorization with a focus on Adjectives

Evidentiality in time and space

Read more about this specific project

A digital dictionary for the Blackfoot language

Islands in an ocean of (poly)synthesis and concatenative morphology. What linguistic theory and typology can learn from selected Amerindian languages

Alignment in Maku languages and the genetic and areal stability of alignment: A contribution to the typology of morphosyntactic organization

University of Bern, Institute of Linguistics

University of Cambridge (UK)
Department of Spanish and Portuguese, Visiting Erasmus lecturer [May 07-11, 2007]

I am a member of the editorial board of this journal at De Gruyter. If you would like to inquire about the prospects of publishing your paper or review in this venue, please visit the link below. The responsible editor is Maria Koptjevskaja-Tamm (Stockholm University, Sweden).

I am a member of the evaluating committee of this journal published by the Universidade Estadual de Campinas (UNICAMP). If you would like to inquire about the prospects of publishing your paper or review in this venue, please visit the link below. The responsible editors are Lucy Seki and Ángel Corbera Mori (both from UNICAMP, Brazil).