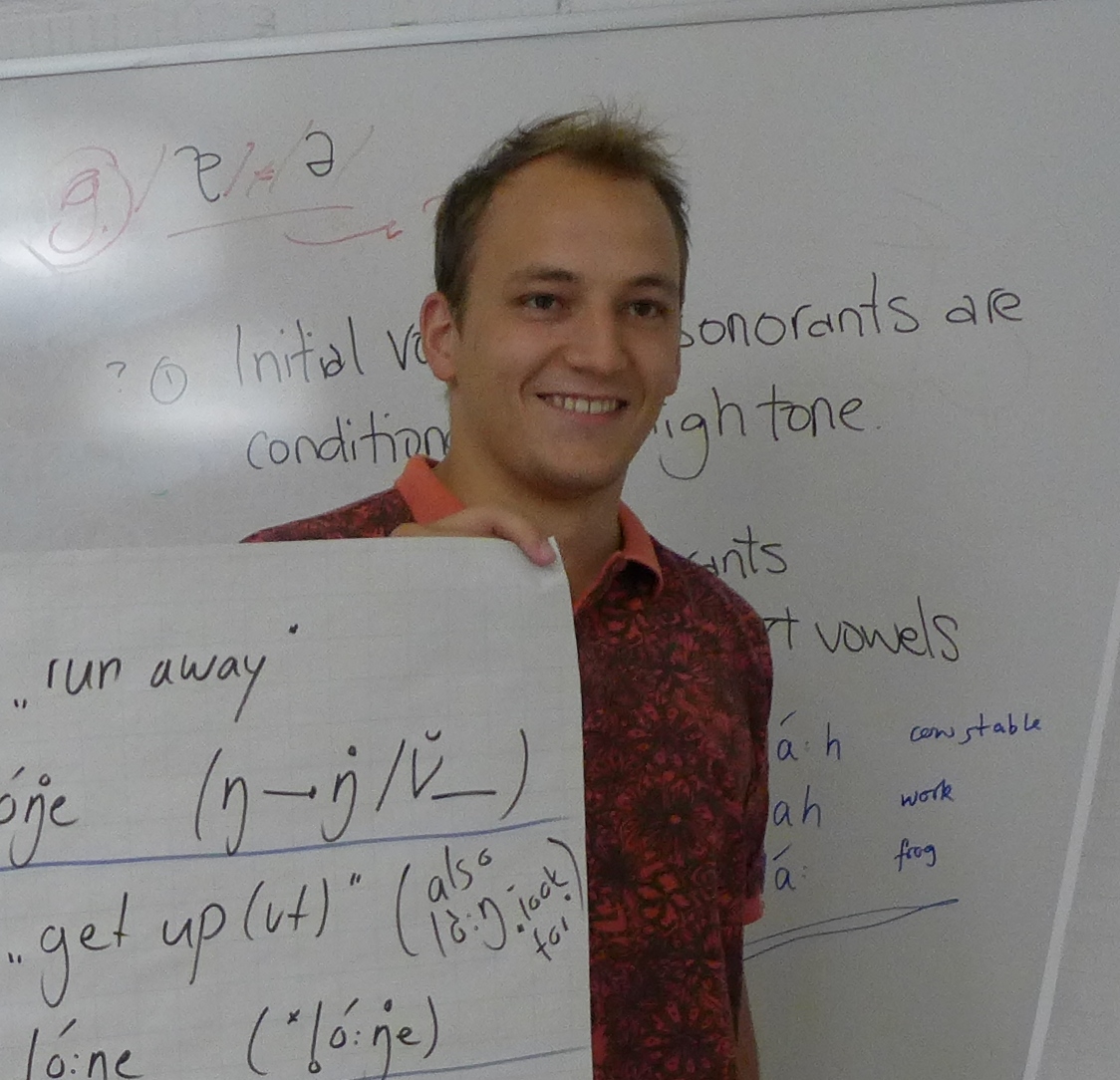 The aim of my Ph.D. thesis is to write a comprehensive grammar of the hitherto undescribed Mewahang language, including a dictionary as well as transcribed and analysed texts. Mewahang is a Trans-Himalayan language spoken in the Sankhuwa and Arun river valley in the Sankhuwasabha district in Eastern Nepal. Within Trans-Himalayan, Mewahang has been assigned to the „Upper Arun“ branch of the Kiranti family. Mewahang evinces complex biactantial verb agreement morphology and the encoding of the vertical dimension in its case morphology and deictic system, both typologically noteworthy traits typical for Kiranti languages. On-site fieldwork in both the Sankhuwa and Arun valleys, corresponding roughly to the two main dialects of Mewahang, provides the material for the analysis and description of the language.

A second aim of my Ph.D. project is to put the Mewahang language in a diachronic context by comparing it with its alleged closest relatives, Lohorung and Yamphu, the other members of the putative „Upper Arun“ branch of Kiranti. This historical assessment with the comparative method will clarify both the phylogenetic position of Mewahang as well as the validity of the „Upper Arun“ branch, which to date constitutes a poorly investigated and unsubstantiated subgrouping proposition. Research on Mewahang can also contribute to a better understanding of the numerous and complex contact situations in the Kiranti area, since the Mewahang speaking area is also inhabited by speakers of Kulung (Khambu group, Kiranti). Intense contact between the two languages led to the adaption of Kulung as a second language by many native Mewahang speakers in the Sankhuwa valley and to the borrowing of a considerable amount of Kulung structures, both lexical and morphological, into Mewahang.

For more information on Mewahang and my research